The Politecnico di Torino in Torino, Italy will be hosting an International Conference on May 4, 2012 entitled The Atom Unexplored. The stated purpose of the conference is to discuss “the hidden potential of the cutting-edge research on nuclear technology.” The following text is from the conference announcement.

Recently, international scenario has seen a renewed interest for research on in‐novative technologies for nuclear energy generation. This improved attention led to the conception of the International Conference “The Atom Unexplored”, aiming for three main goals: identify the most promising alternatives to fossil fuel and current nuclear reactors; inform the scientiﬁc, institutional and industrial community about the current advancements and future initiatives in the ﬁeld of innovative nuclear technologies for energy production; foster the discussion about the relevant workshop topics among the interested stakeholders.

Two issues are addressed in two diﬀerent sessions: Low Energy Nuclear Reactions, and High Energy Nuclear Reactions. The former is focused on the new scientiﬁc
results currently achieved in the novel ﬁeld of Piezo ‐, Lattice Assisted Nuclear Reactions and of Cold Fusion in general, while the latter concerns the deployment
and the critical elements of the promising technologies already developed, such as nuclear fusion and the new generation reactors. 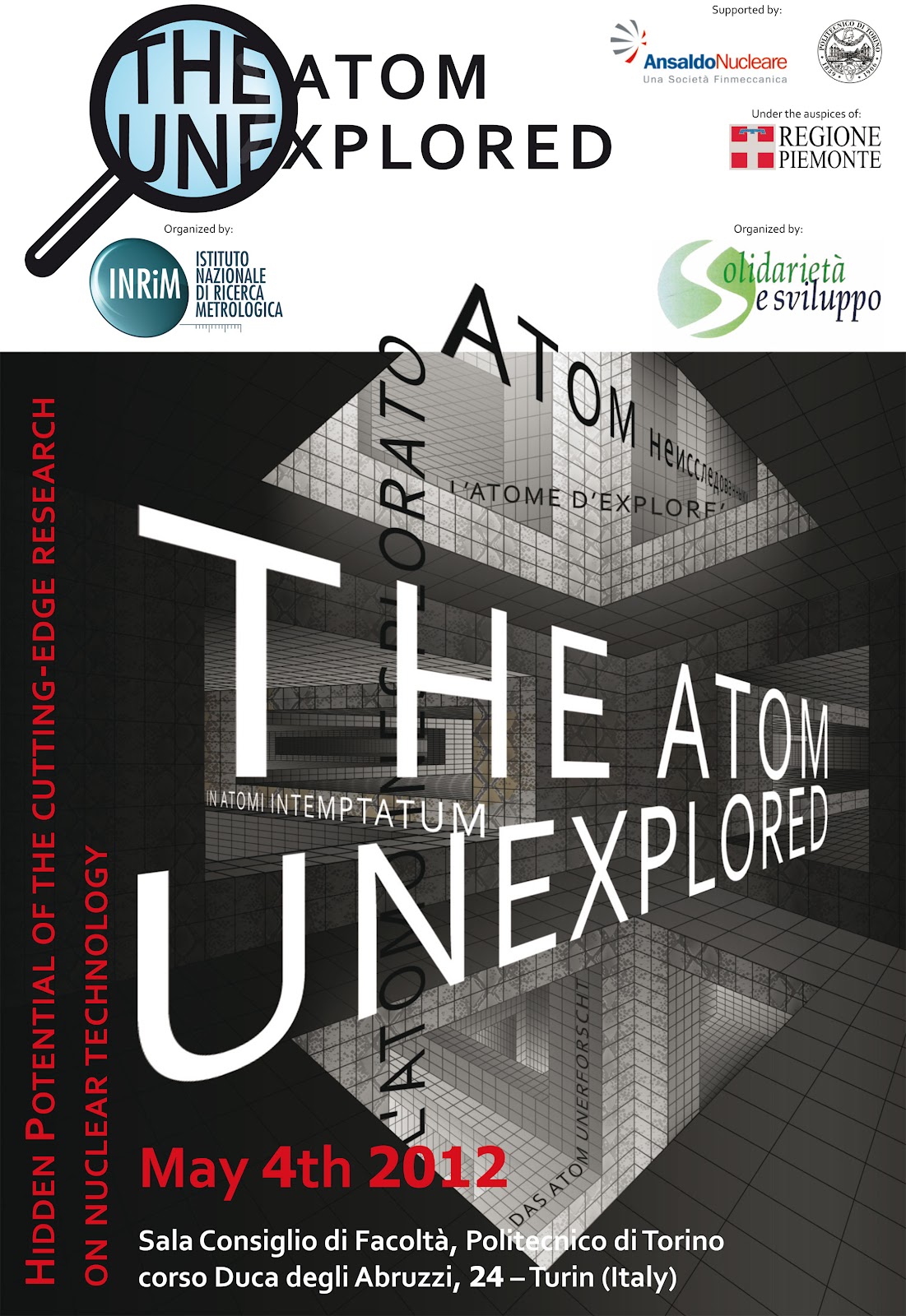 In the morning session, speakers about low energy nuclear reactions will be Dr. Peter Hagelstein of MIT, and Francesco Piaatelli of the University of Siena. Hagesltein’s topic will be “JET Energy NANOR: the Role of the Nanoengineered Lattice in Enabling the CF/LANR Activity; Piantelli will be speaking on “Anomalous Phenomenon in Ni‐H Systems.”

This conference follows in quick succession to the recent workshop about anomalies in hydrogen loaded metals in Siena, and it indicates that Italy is becoming a prominent location for the study and development of LENR technologies. Rossi, Focardi, Piantelli, Celani and others are becoming well known in this field, and we have Bologna, Siena and now Torino as important cities where people are paying attention to this new movement. Rossi’s statement that he will have an E-Cat plant in Italy adds to the mix. In the main it has been Italian media that has paid most attention to Andrea Rossi and his E-Cat invention.

It’s interesting that this conference is going to focus on practical application of new nuclear technology, rather than just on the theoretical side of the subject. The conference is aimed not only at scientists, but also the ‘instutional and industrial community.’ Could we be witnessing an new renaissance starting in Italy which will eventually spread to other parts of the globe?