Last night I followed the first Martin Fleischmann Memorial Project’s Live Dog Bone Test. For those who were not following closely, the procedure was basically this:

An unfueled reactor was tested at various power levels, and temperature measurements (internal and external) were taken using thermocouples. Following this dummy run, the reactor was fueled and the process was repeated. Below is a table with comparative data from each run. 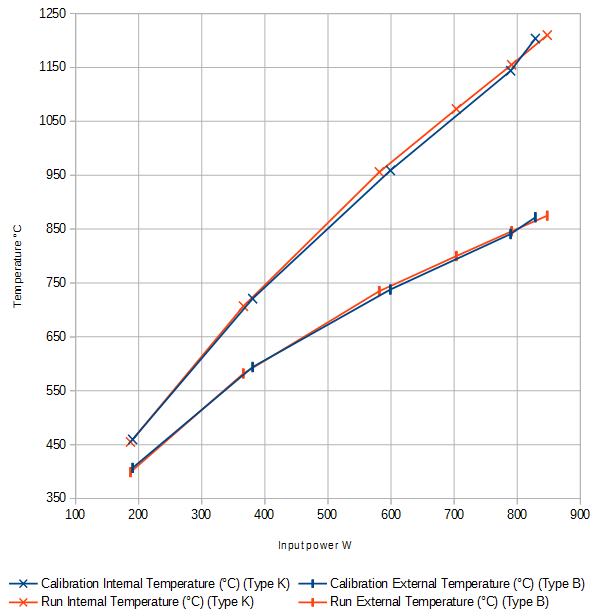 You can see that at certain temperatures there is a tiny increase in temperature in the live run, but I don’t think anyone is considering that to be signficant, and the conclusion at the end of the test was that this was a null result, with no indication of excess heat being generated by live reactor.

While this result was obviously a disappointment to many of us, I found the ability to participate in this live open science experiment fascinating, educational and enjoyable. It was great to hear the input of the various participants and observers in the streaming video, and especially to hear the evaluation at the end of the experiment as to possible reasons for the null result.

Bob Greenyer had noted earlier in the day that when they were sealing the fuel container, “There was a little sizzle as the bonding agent went in… there is a little water in it. Hopefully there is still some LiAlH4 left intact.” This might indicate that the reactor itself was a dud from the beginning.

There was also discussion about whether there might have been leakage of hydrogen, and if a better means of sealing should be used to contain any high-pressure reactions that might take place.

There was no discussion about giving up the Dog Bone project. The Lugano test and the test reported by Alexander Parkhomov indicate that there is something very interesting going on, and it seems that the MFMP is in this for the long haul. The team is going to evaluate these results (and also try to get more guidance from Alexander Parkhomov), make adjustments and try again.

I really appreciated the opportunity to witness live open science at work, and I think others did too. The MFMP team is very open to ideas from those following their work, and I think we have a collective knowledge base that is very impressive and is a great asset in this quest for the New Fire. We will be following closely here at E-Cat World.

UPDATE: Dr. Parkhomov responded to an inquiry regarding the construction of the reactor he made:

“The searching of cement, which maintains high temperature, was most complex problem, which should be decided at preparation of experiment. Business not only in a chemical structure, but also in a process engineering of application of cement including some stages. The creation of the reactor lasts 3 days. In an outcome the monolithic ceramics which is capable to maintain high pressure at high temperature is received practically.”

He asked me to put him directly in contact with the MFMP team to discuss this further.

Here’s a post from the MFMP Facebook page evaluating why they think the test did not produce any excess heat:

Reactor core autopsy conclusion – we had no H2 or pressure and it was effectively open
[]=Project Dog Bone=[] Main conclusions:
– The seal was flawed
– The cement had a poor bond to the alumina
Likely effect was that there would have been gas exchange with air, no significant pressure and no Hydrogen.