Thanks to Pietro F. for posting this link to a trademark application apparently made by Andrea Rossi to the US Patent and Trademark office.

The application was made for the ‘Cat and Ball Silhouette Design’ that we have seen on some official E-Cat images, and which is shown in this image from page 4 of the document linked above.

It seems that in order to get a trademark approved, you have to have it displayed somewhere, and so on page 3 of the application is a statement by a Henry W. Johnson, President of J.M. Products of Boca Raton Florida who states:

‘The attached photo has been made in our factory in Miami, Florida, and is related to the plant “E-Cat the New Fire” manufactured by Leonardo Corporation to supply thermal energy’ 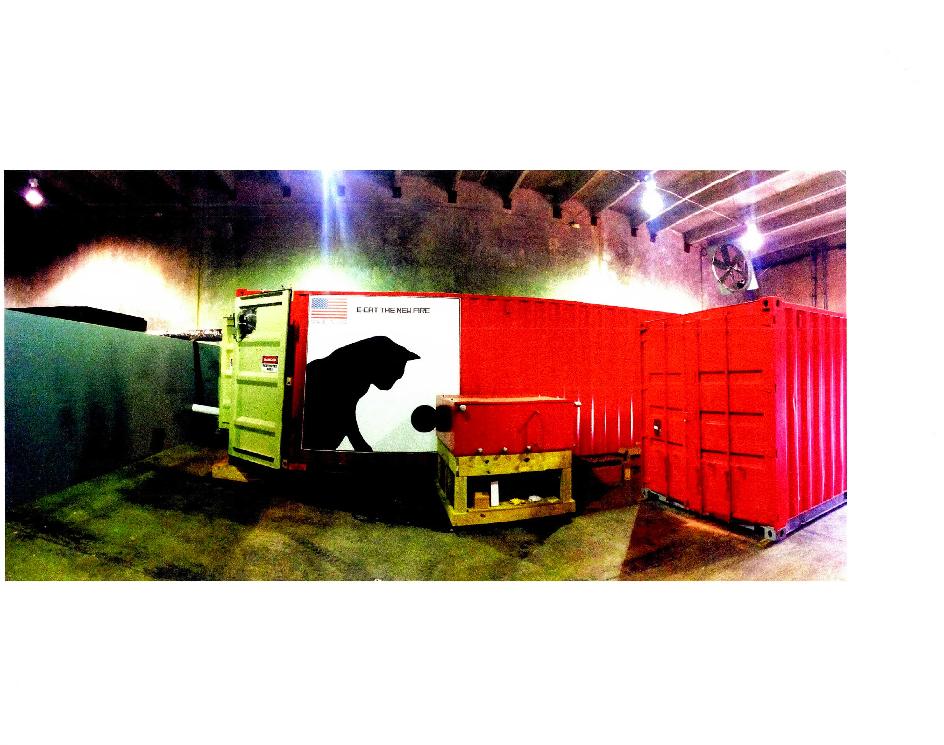 Rossi said that this, and other photos on his website were taken during the building of the plant.

This new picture is not terribly informative, however it does seem to show the two shipping containers that Rossi has mentioned they are using. He has said that one container contains the plant itself, and the other is where the control system and workspace is located, and where Rossi says he is currently conducting Hot Cat R&D.