Thermal Analysis of the Production Plant Process in the 1MW test in Doral, Florida (GiveADogABone)

The header article for :-

‘82. … Murray also recognized that the building in which the Plant was located had no method to ventilate the heat that would be produced by the Plant were it producing the amount of steam claimed by Rossi, eonardo, and Penon …’
A bit of a problem here? No, the heat was embodied in hydrocarbon fuels.

‘… such that persons would not have been able to work in the building if the Rossi/Leonardo/Penon claims were true. ‘

Not a problem. ALL heat, bar the last few kilowatts was embodied in hydrocarbon fuels and the ambient temperature would have been fine.

The ‘claims of individuals’ were correct, in my view.

83. ‘… when in fact it was simply recycling steam from the Plant and sending it back to the Plant as water.’

Doing that would require a condenser to turn the steam into water, which is actually what happens. The issue is what the heat removed by the condenser does and where it goes.

Overall Thermal Analysis of the Production Plant Process in the 1MW test in Doral, Florida :
Note: All this depends on there being a gas supply.

Consider a transport container that contains the whole production process of SMR(Steam Methane Reforming) and FT(Fischer-Tropsch). Another container contains an E-cat producing 1MW of steam and receiving a condensate return flow.

2: The methane is the raw material for making the liquid+solid hydrocarbons that are things like diesel, paraffin, avaiation kerosene and solid paraffin wax. They contain a great deal of embodied energy
that can be released by combustion at a later time and another place. These are fuels that are storable and transportable.

3: With so much heat around there is going to be a need for some cooling by air or water at 20C. How much cooling? Perhaps 20kw for the water.

Where did the 1MW of heat from the E-cat (and more from the combustion) go?

Into the liquid+solid hydrocarbon fuels where it is stored.

Where did most of the mass of methane go?

Into the liquid+solid hydrocarbon fuels where it is stored. Some went up the flue gas pipe as combustion products.

How much heat was released into the Doral factory?

Now you know why IH are on a hopeless quest to find a heat signature, except perhaps from the flue pipe and that will be as cold as the exhaust from my domestic condensing boiler. I have just been outside to check the exhaust pipe of my boiler. It is made of PLASTIC! 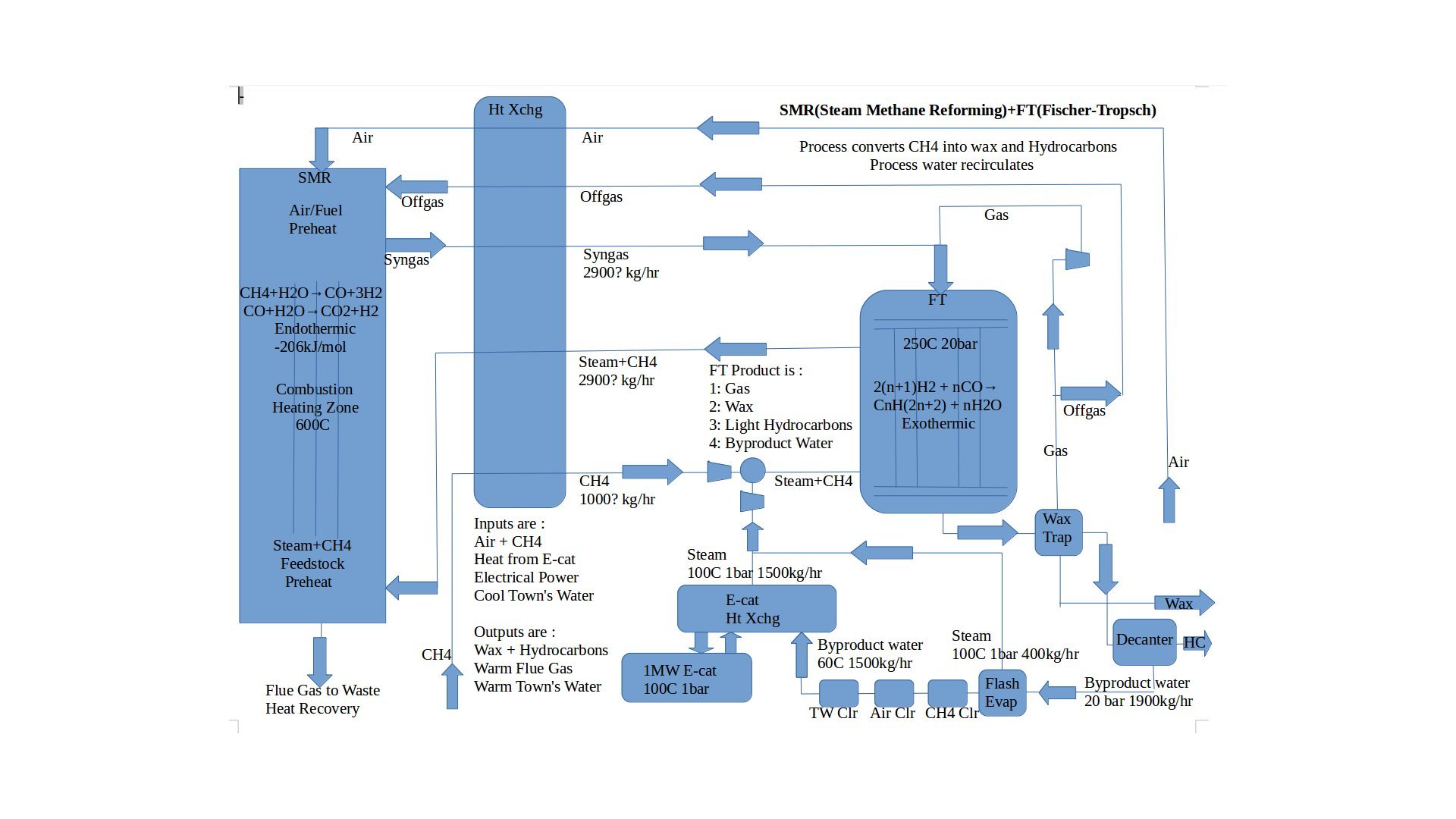