Alan Smith of Looking For Heat has started a test using a LFH Model T reactor in which he is doing a ‘control’ experiment of the LION reactor. This means that he is using non-fueled tubes of the same type as LION, and seeing how they behave when heated. This will allow us to see how they compare to the LION reactors which were fueled with diamonds mounted on a nickel substrate, and soaked in deuterium for 30 days. I have not seen precise data on the runs he did with LION 1 and LION 2 so I am not exactly sure how closely Alan’s heating of his tubes compares with LION’s but LION did use a LHF Model T test bed also.

Here are some of Alan’s comments here regarding his test, along with an image he has shared.

“Just looked at my LION control. 18 hours at around 1000C so far, and still only a few degrees higher in the wire-wrapped tube port, which I am pretty sure is due to slightly lower circulation of atmosphereic convection currents in the slightly more confined space around it.”

“There is one development however, in that the wire-wrapped tube appears to have welded itself to the quartz liner- possibly due to slow migration of copper/copper oxide into the quartz- or perhaps the other way around.” 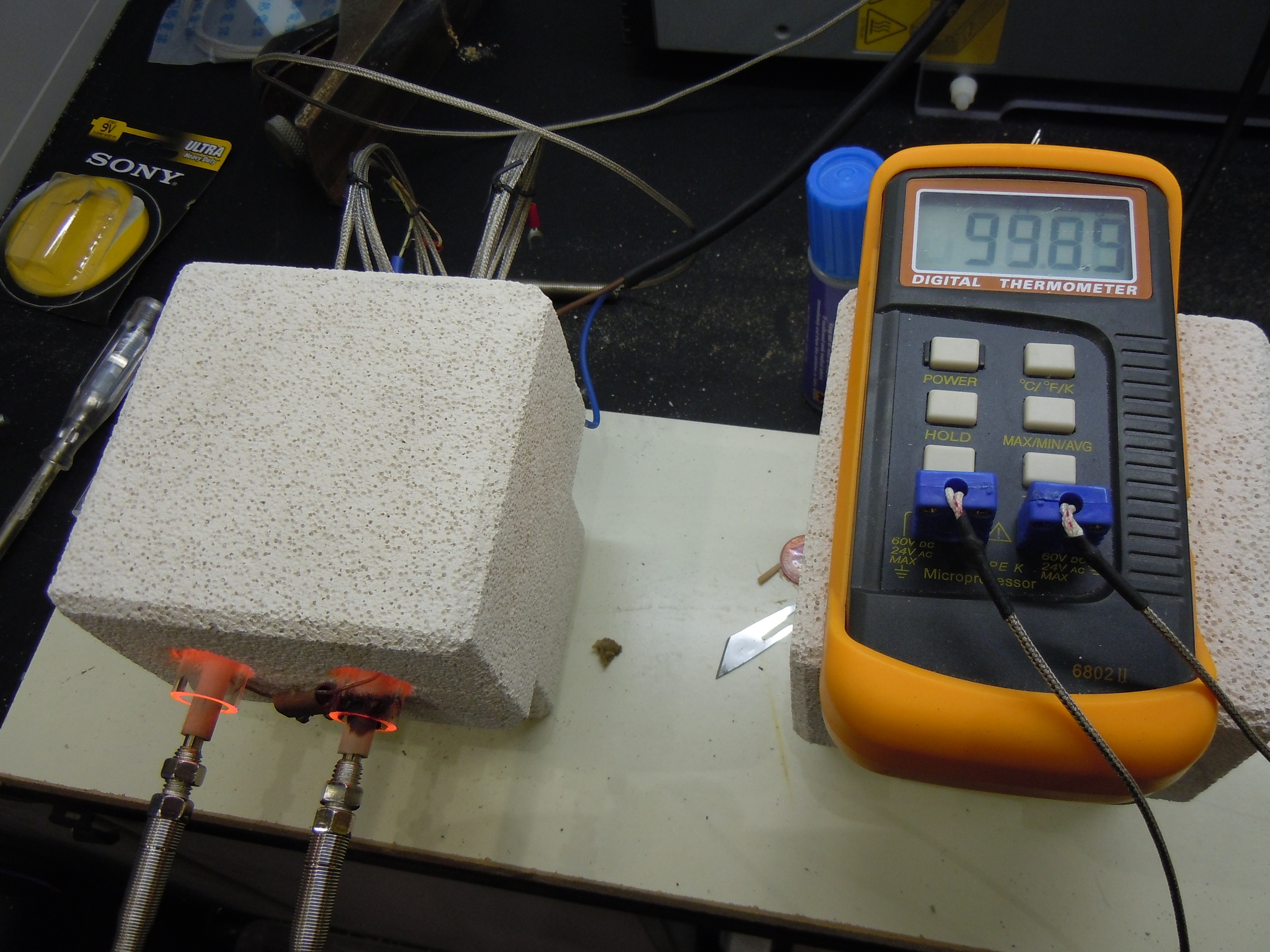 “This experiment does not require calorimetry to any order of precision. The reactor itself has been calibrated to an accuracy of 1C difference between ports at 1000C. The current discrepancy is of the order of 8C, which represents a percentage difference of 0.8, and is hardly significant.”

“If this was an experiment requiring accurate calorimetry then both control and test tubes would be wrapped in the same amount of Cu Wire. The Model T is a simple system, but incredibly well characterised, and has never been known to yield significant or ‘non-obvious’ errors in any of several hundred experiments performed in my own laboratory and in those of 2 scientific institutions who have found it very useful as a ‘petri dish’ for testing various fuel mixes.”

More information and images from Alan are available at LENR Forum here.

UPDATE FROM ALAN BELOW:

“30 hours and 15 minutes now- everything rock-steady in the reactor. On Saturday at 3.15 this run will be fin-shed, and I’ll make a short video of the tear-down. .And start off another 48 hour ‘control+control’ run at 800C – which BobG thinks is closer to LION’s temperature profile. While the diamonds are cooking, this provides us with some base-line data.”