The following was posted by Alan Goldwater

In response to Axil’s suggestion, here are some images of the diamond pads before and after the bake/soak treatment. The first two images are of the raw pads, still attached to the green resin backing sheet. The first image is with side lighting only, and shows the color of the diamonds tinted by reflected light off the backing, . The second image is with through-the-lens direct lighting, and shows bright gold-tinted reflections from the polished nickel backing of the disc. Some of the gold color is also reflected back through the diamonds, giving them more false color. 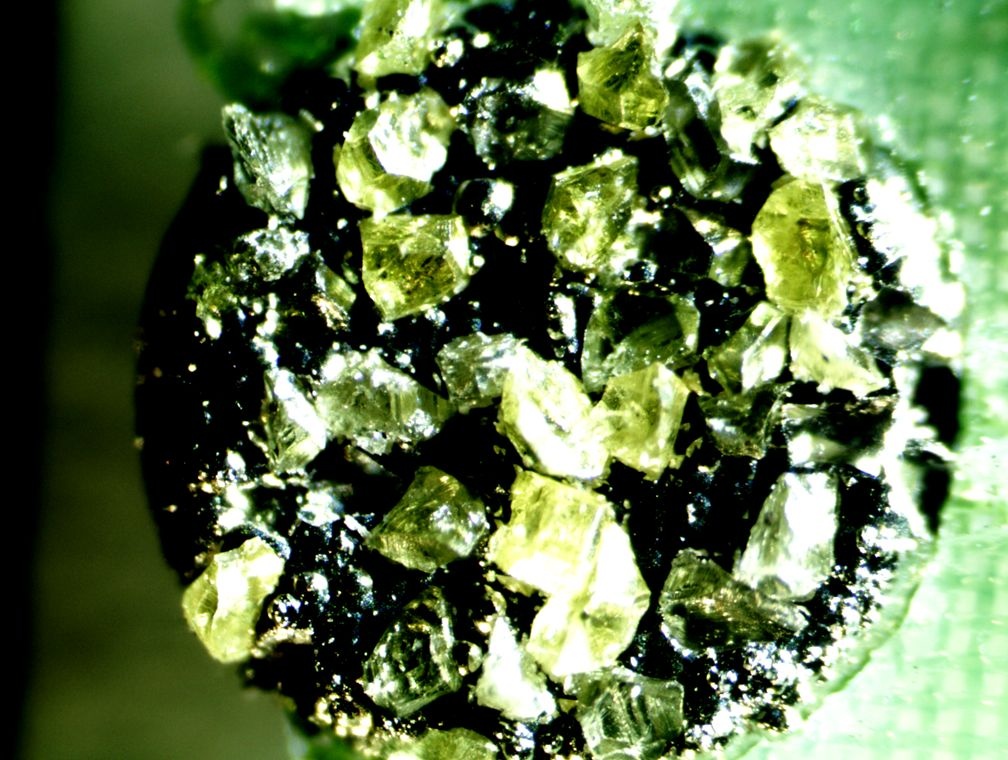 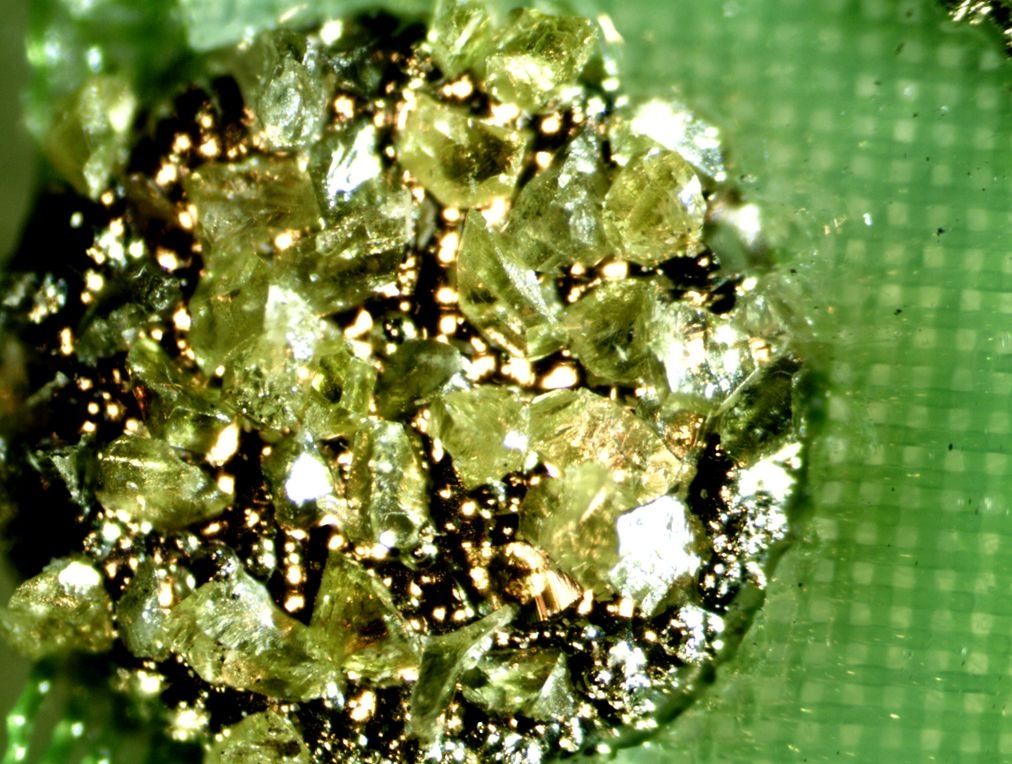 The third image is of a pad removed from the D2O soaking after two weeks. The changes are subtle, but some details may be revealed after further study. The small area in the central red circle is a facet plane that happened to be horizontal to the disc, which enabled a look at higher magnification with some depth of field. The result in image 4 is pretty cool, lots of tiny tetrahedral crystals growing out of the surface. The smallest ones visible are around 1 micron, and because of the wide range of dimension seen, there are likely to be many sub-micron ones as well. 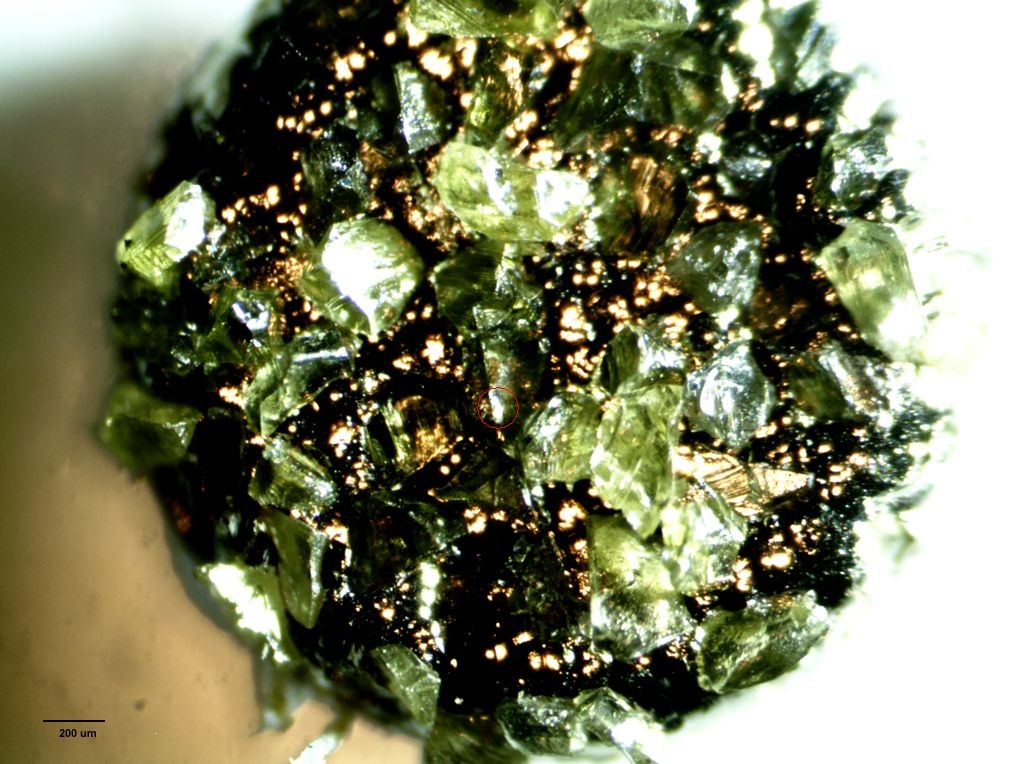 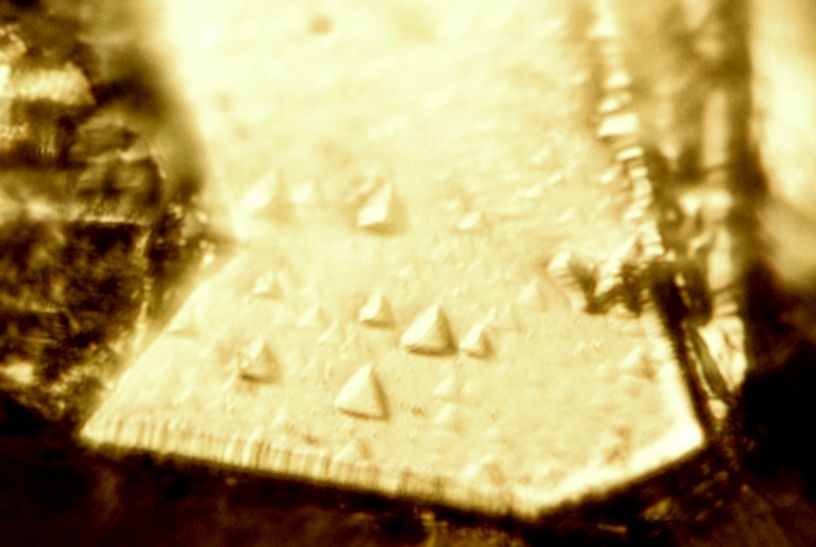 I’m not saying that these nano-scale features resulted from the bake/soak treatment. I wasn’t looking in the raw material, but having seen this, I would surely have a closer look with SEM (if I had one).