Thanks to LION for sharing the following with us.

A New Experimental block made for me by ALAN at LFH.

In 2 configurations -heater outside and heater inside.

The first photo is of an experiment soon to be run and consists of a LION CRYSTAL containing 7 Tubes. The central Tube is a LION 3 and is the source Driving the energy release. A LION STARLIGHT CORE consists of 7 such CRYSTALS.

These are water cooled and can be fitted with Thermocouples and control Tubes. In the larger STARLIGHT CORES the cooling pipes will run inside of the ceramic Tubes and will probably be swapped for Stainless steel.
Early days- working out experimental ideas, but with a very clear goal.

THANKS to BOB for all his encouragement and MFMP. 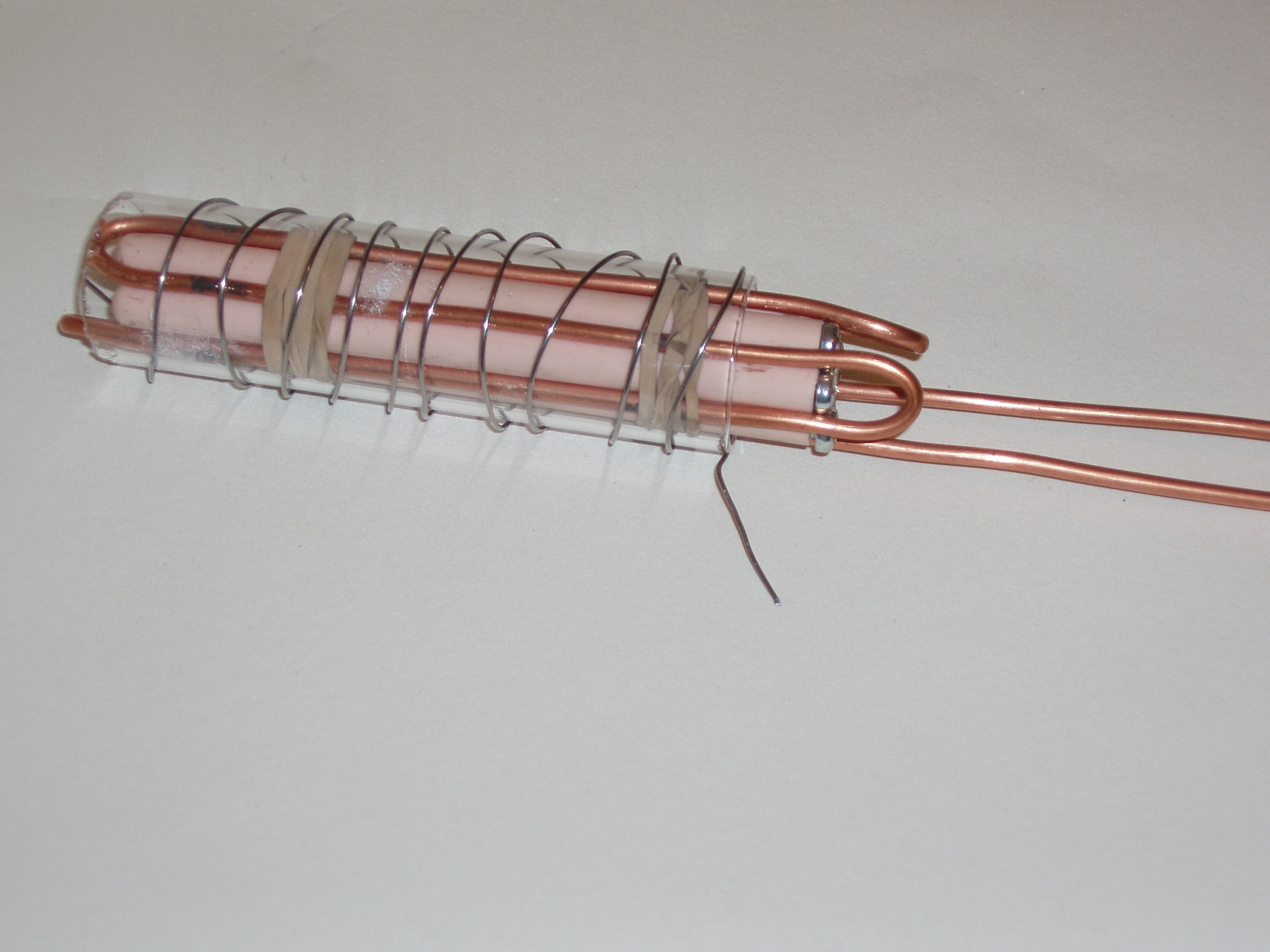 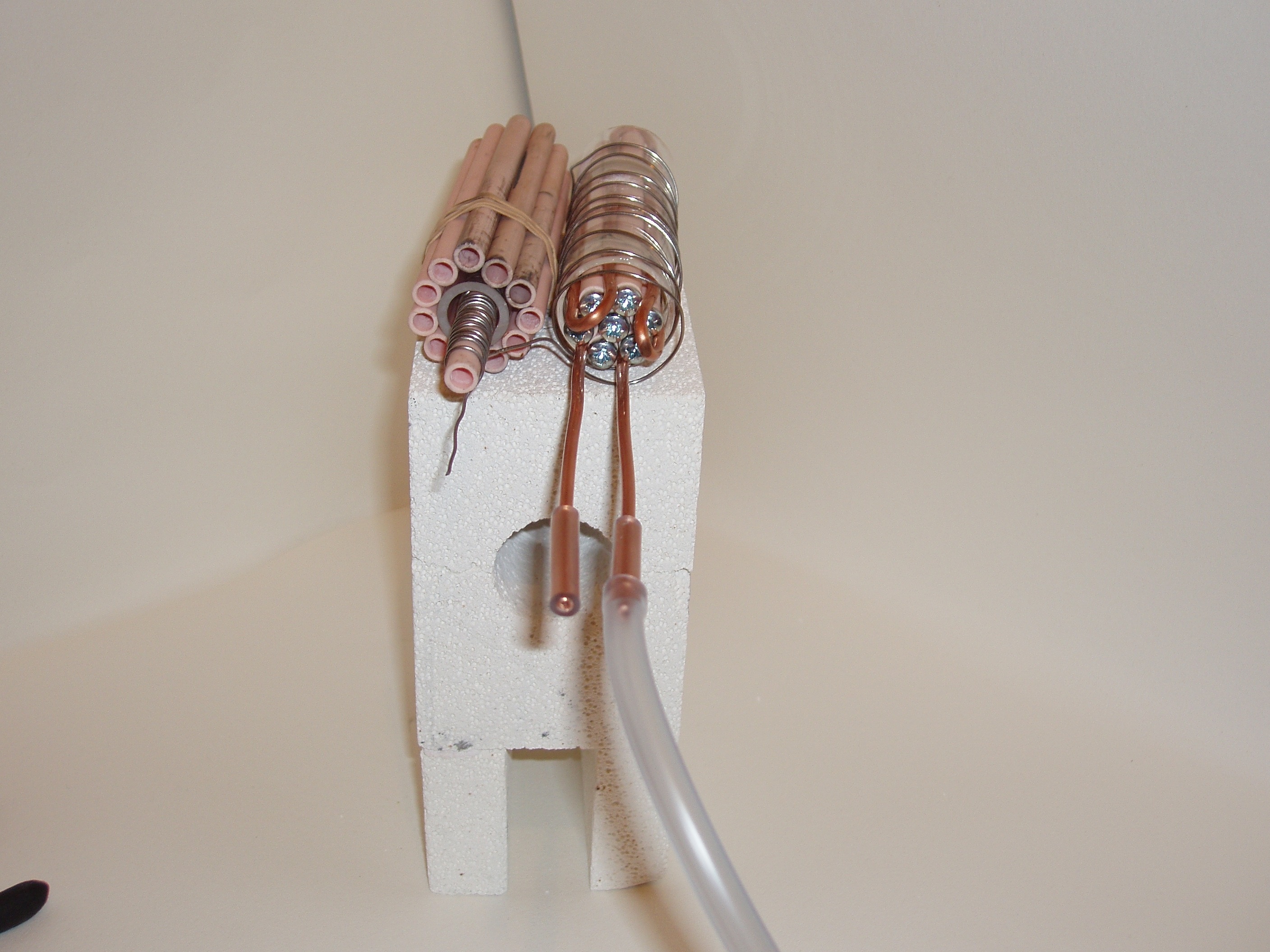 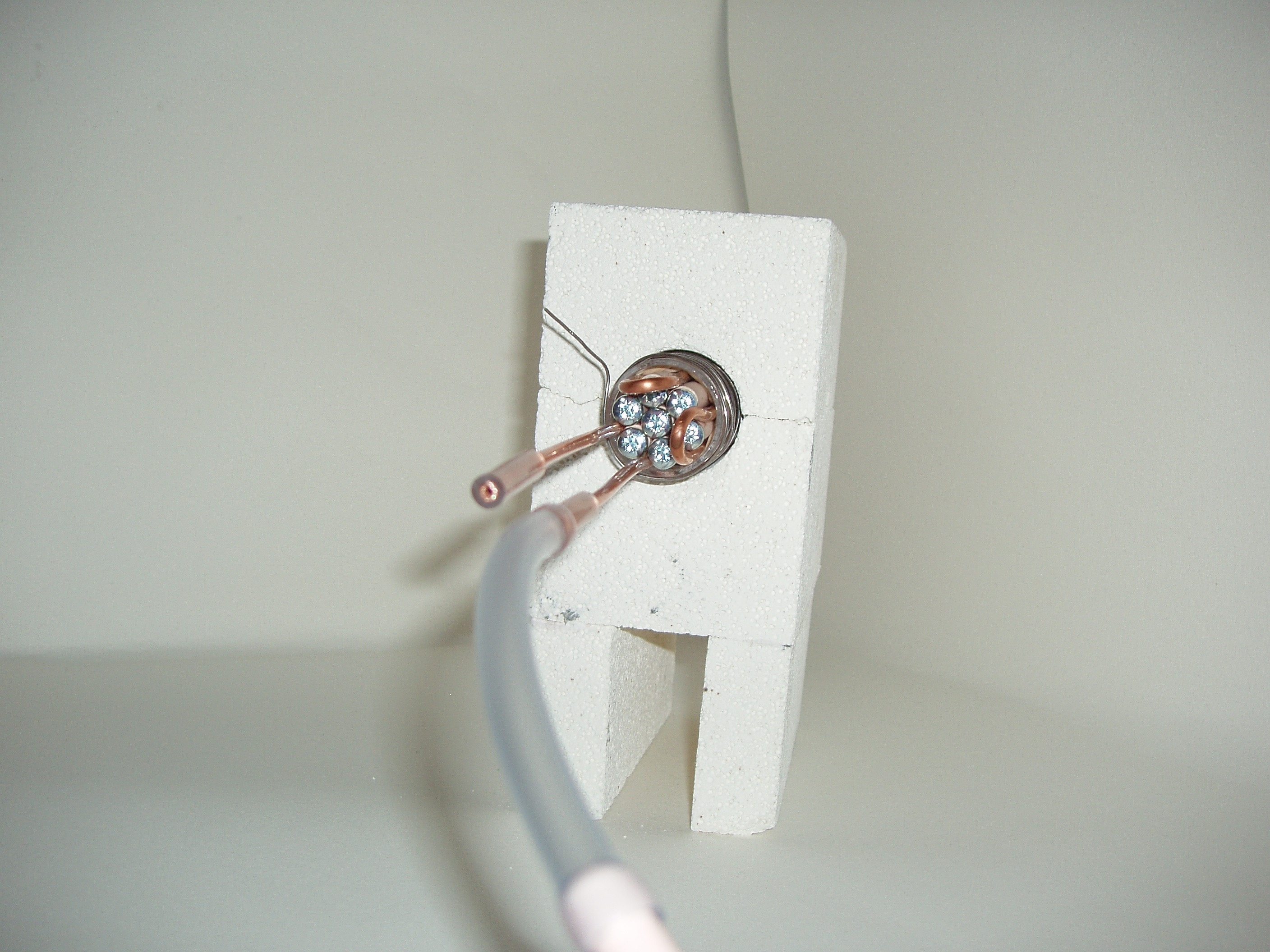