Is there anything odd going on?
https://youtu.be/iIpwFqFH8jg

Note in the clip where the coin is about to touch the PTFE, there is

– a fireball that appears to go upwards, then after the contact
– an ejection that forms a ball on ground then
– there is a blue green flame coming from the PTFE

Also, at one point, shortly after the coin is exposed to the gas, there is a sudden ‘flash’ which appears to make the metal disappear from the coin, making the hole.

Is this the same kind of ‘Flash’ as observed in Browns tests in 1990s which got rid of radio-active isotopes?

“Using a slice of radioactive Americium … Brown melted it together on a brick with small chunks of steel and Aluminum … After a couple of minutes under the flame, the molten metals sent up an instant flash in what Brown says is the reaction that destroys the radioactivity.”

Could it be that copper, with its high conductivity, could be acting in a similar electron-like-structure supportive role as Aluminium did in Browns experiments? 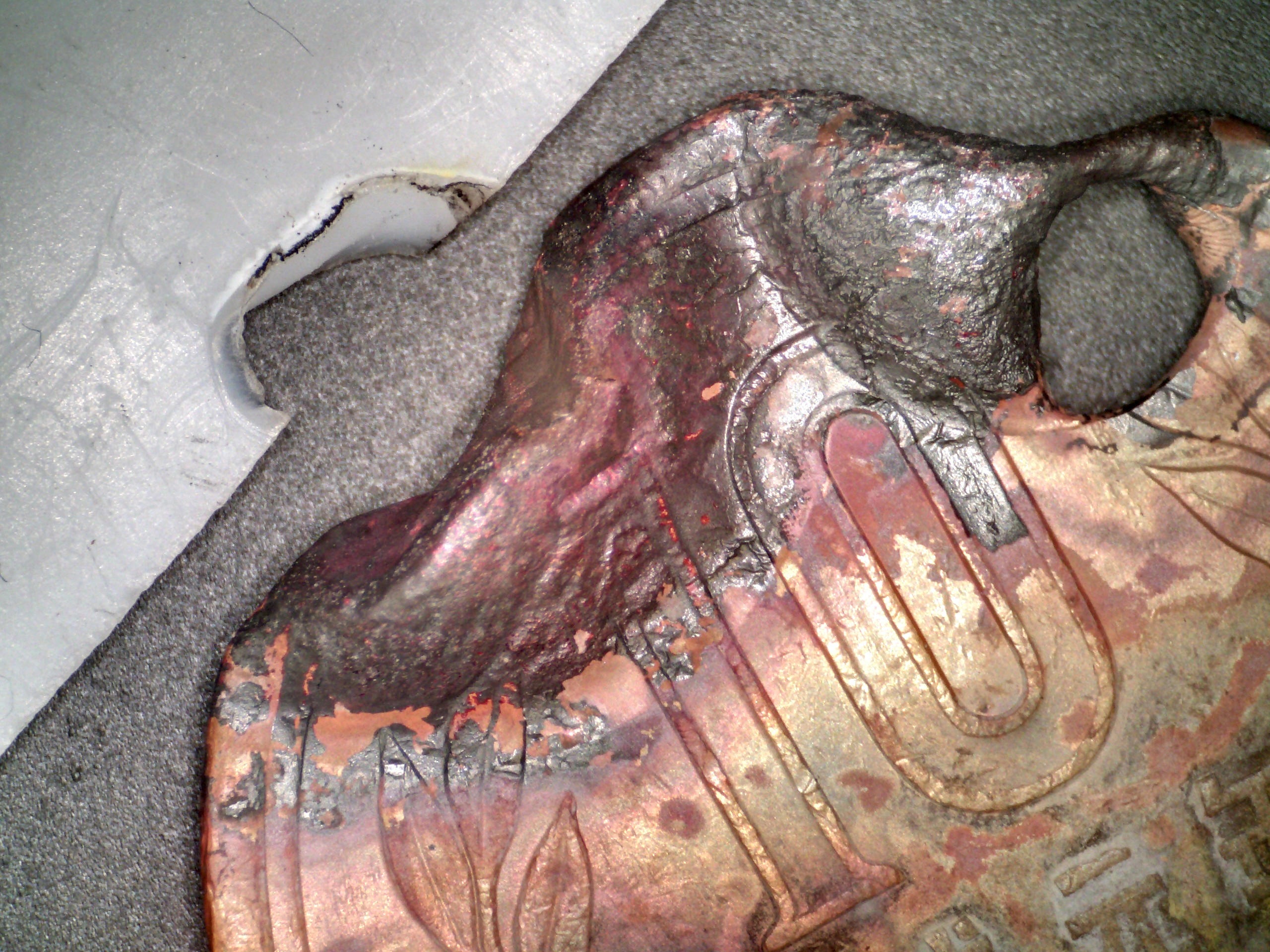