Here are some comments from Bob Greenyer regarding SEM images Titanium/OHMASA Gas samples that he took at the University of Wisconsin.

University of Wisconsin, Madison confirmed findings of elemental distributions in unusual structures of which they had not observed before in their experience and had no ready explanation for.

The whiskers growing from the organic crystal-like structures were seen to have differing elements from the bulk which was confirmed to be pure Titanium with very little oxygen.

Additionally, it appeared that more may have grown since the last analysis by the MFMP. In addition, no Chrome was observed in whisker bases that were able to be analysed in the time available, which may mean that there was none in those particular ones looked at or that the chrome in them had progressed to Fe or Ni. Other elements indicated beyond Fe and Ni were As and Rb not indicated during MFMP testing. 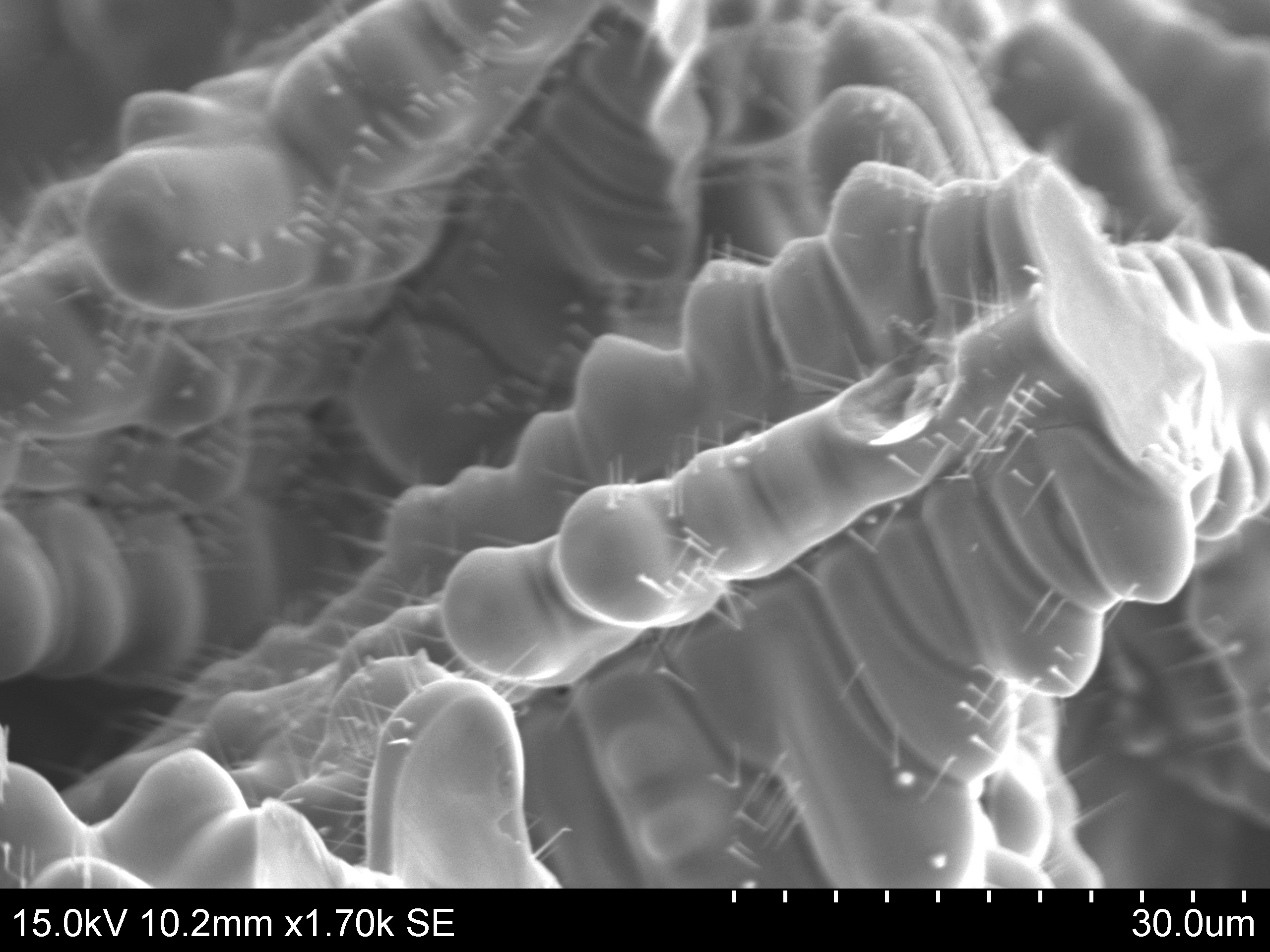 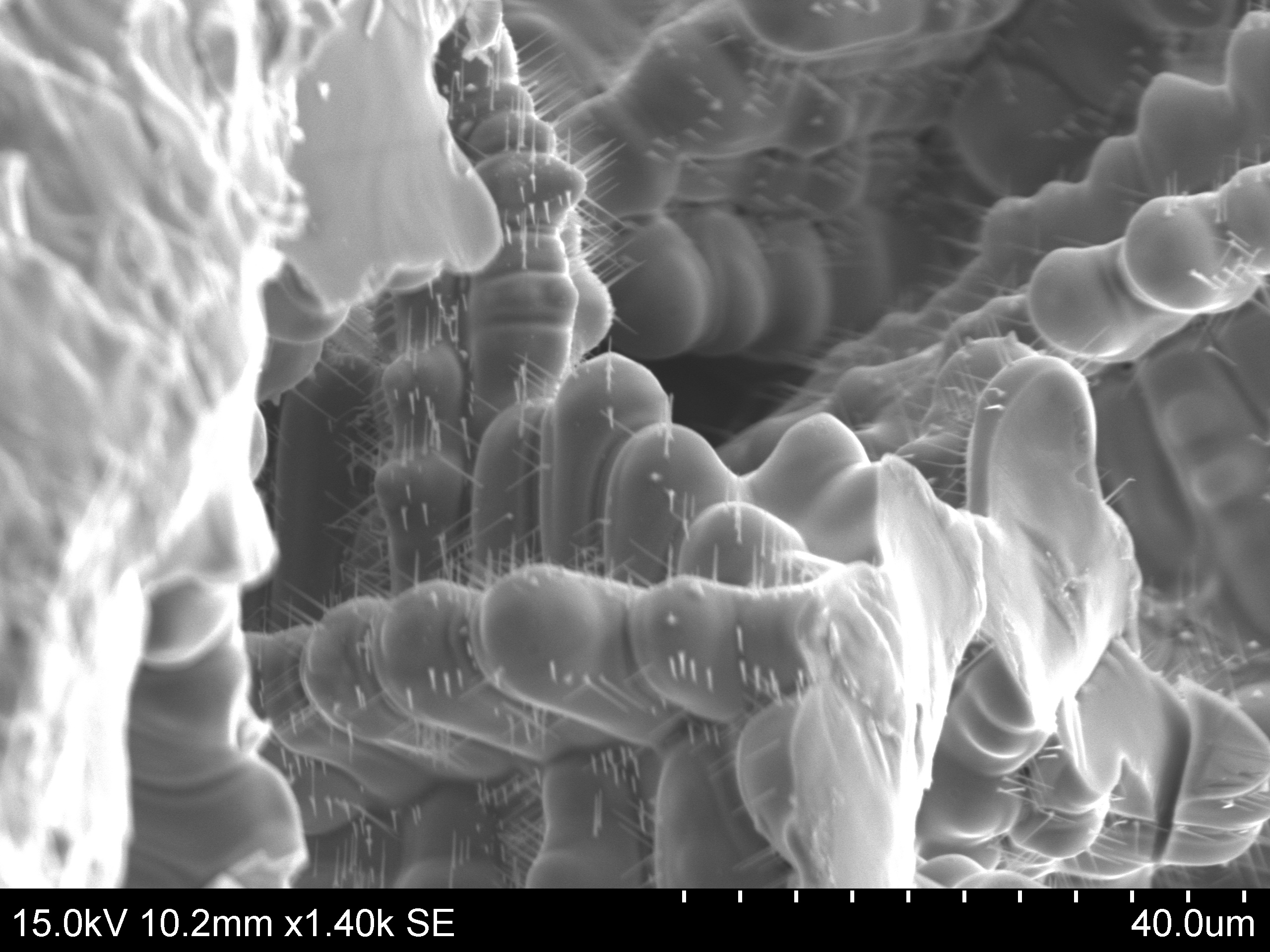 They asked keenly if they could publish/share the images and data – I replied “of course, that is the point of open research, share wherever you want”.

They really were shocked – was a fascinating process to watch a group of people go from complete scepticism (with the usual masked sniggers in at least one case) to going ‘huh’ and putting on that confused, really intrigued face.

It really helped that I had had a few weeks with the sample, first looking on Nurugo within hours, sharing, then on the Digital optical microscope, then sharing, then on Alan Goldwater’s SEM for HOURS, then sharing – I could be sure of what was there and where. I was surprised to see that it appeared the number of whiskers had increased and the material may be synthesising heavier elements as time goes by – not only does the amorphous ‘crystal-ike’ pure Titanium structures look organic, they seam alive.