The following post was submitted as a comment on the Always Open thread by ECW reader Calle H.

Method and apparatus for measuring COP of SKLed

For sure, one of the most exiting things to find out once the SKLed has arrived, is to show OU performance and measure the COP. Leonardo has so far been vague on this point only providing the SKLed’s input and light data as output. Many issues have been discussed on this forum such as:

Fig. 1 shows equipment for conducting a measurement reference. The SKLed on the photo is a dummy. A halogen spotlight at the dummy’s lens position serves as light source. The spotlight is powered by a lab power unit where the volt x amperes = watt is the combined light and heat from the spotlight, assuming COP = 1 is valid in all cases. The light collector bowl is painted on the inside with a thin layer matt black paint as to absorb the spotlight photons and turn them into heat. The adapter ring, fabricated in a 3-D printer, connects the bowl to the SKLed body. 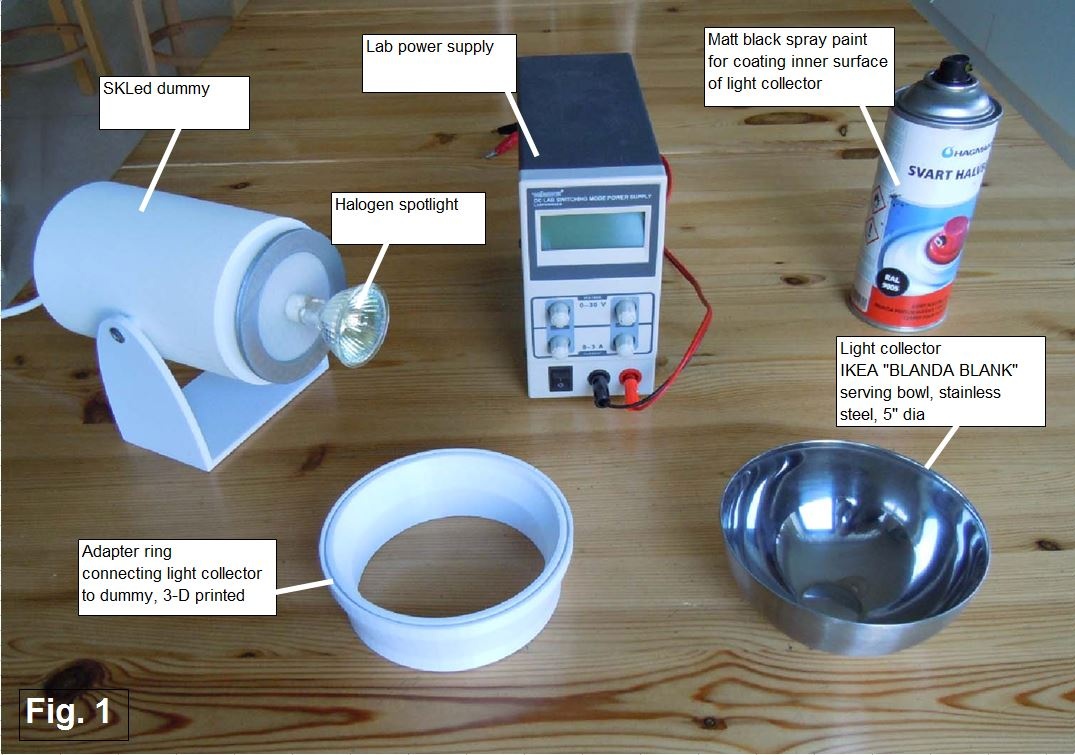 Fig. 2 shows a clarification of the set-up. 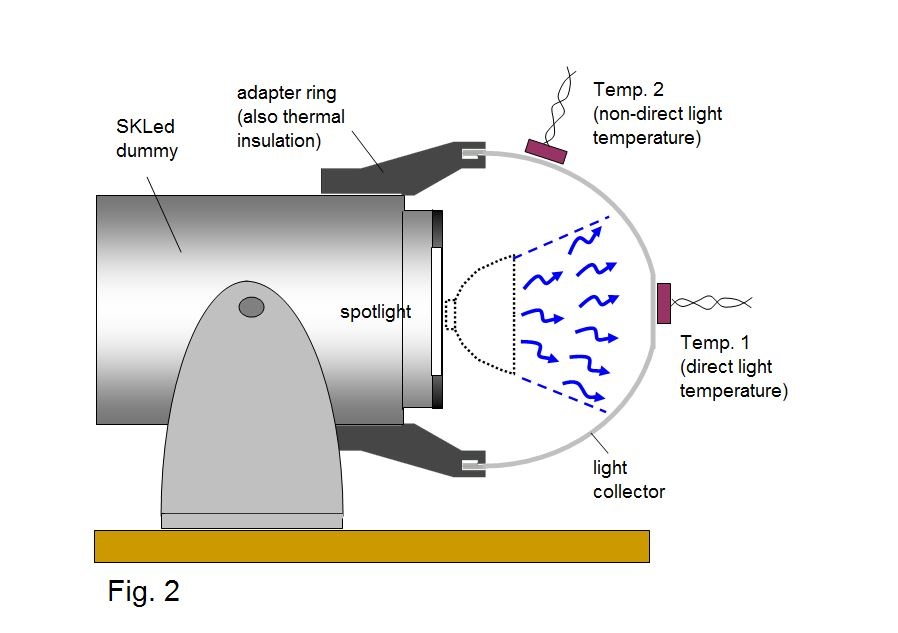 Fig. 3 shows a trial run with the dummy. Temperature 1 > Temperature 2 > ambient temperature indicate that the photon energy is well collected by the black inner surface of the bowl and transferred to the bowl outer face. After running for 30 minutes temperatures have stabilized by convective airflow cooling the bowl surface. 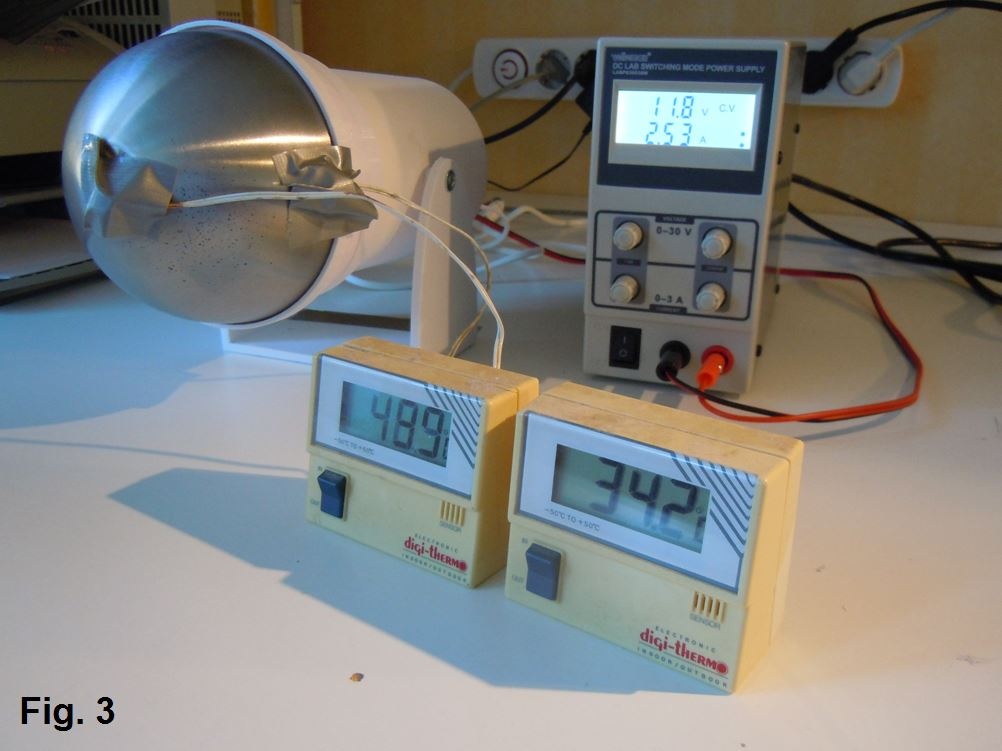 A second setup of the adapter ring and bowl will be fabricated to be installed on the real SKLed. The dummy and real SKLed will then run in parallel adjusting the dummy’s power till the same temperature is reached for the two. The dummy’s power reading can then be assumed to also be the SKLed heat and light output. The power reading (W) divided by 4 W will give the COP.