What is the E-Cat?

E-Cat stands for “Energy Catalyzer” and is an invention considered by many to be one of the most important technological developments of of our age. It is an energy production device invented by Italian-American inventor Andrea Rossi who has been developing of the course of over two decades.

How Does the E-Cat Work?

While there is considerable secrecy surrounding the exact technical specifications of the E-Cat, patent disclosures state that powdered nickel metal, lithium and lithium aluminum hydride (LaAlH4) are combined to produce large amounts of electricity or heat, far in excess of possible chemical reactions.

In this process, when an external energy source is applied to the E-Cat device, large amounts of energy in the form of electricity or heat are produced, much more than the electrical energy input into the device. The exact nature of the energetic stimulation that is applied to E-Cat devices in order to “catalyze” the energy output is a closely kept trade secret.

The energy produced by the LENR reaction of the E-Cat (which Andrea Rossi calls the “Rossi Effect”) is in the form of heat or electricity which can be used for any number of purposes.

The significance of the E-Cat as an energy source is that it can produce energy at a much cheaper rate and much more cleanly than other sources on the market. The major ingredients, nickel, lithium and hydrogen are common elements and readily available at low cost, and inside the E-Cat are consumed in very small quantities. There is no release of CO2 or other greenhouse gases from the E-Cat from fuel combustion. Unlike traditional nuclear fission power, no radioactive materials are involved, and no radioactive waste is produced.

There have been numerous tests of the E-Cat reported over the years. Andrea Rossi launched the first commercial E-Cat plant, a 1 MW thermal power plant in Bologna, Italy on October 28th, 2011. 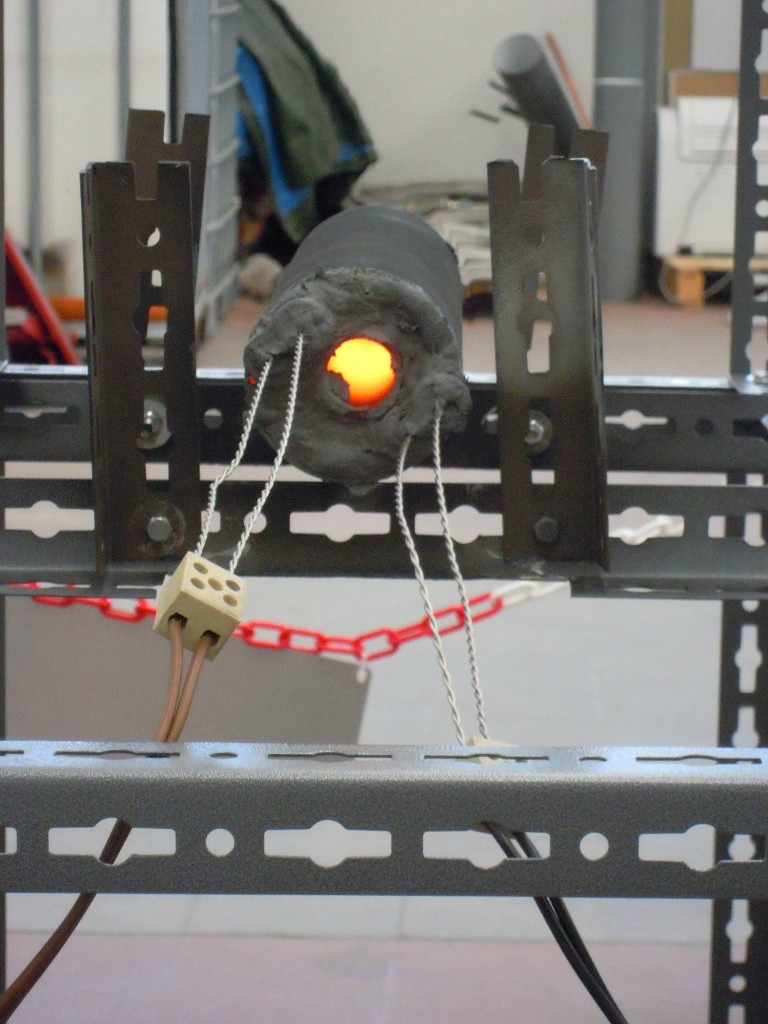 In May 2013, Italian blogger Daniele Passerini released a photograph (without Andrea Rossi’s approval) of an early Hot Cat reactor that was being tested to its maximum performance. Andrea Rossi explained in an interview on May 7, 2013 that this picture, although unauthorized, showed a Hot Cat reactor in self-sustain mode being allowed to run away — i.e. the reaction was uncontrolled. 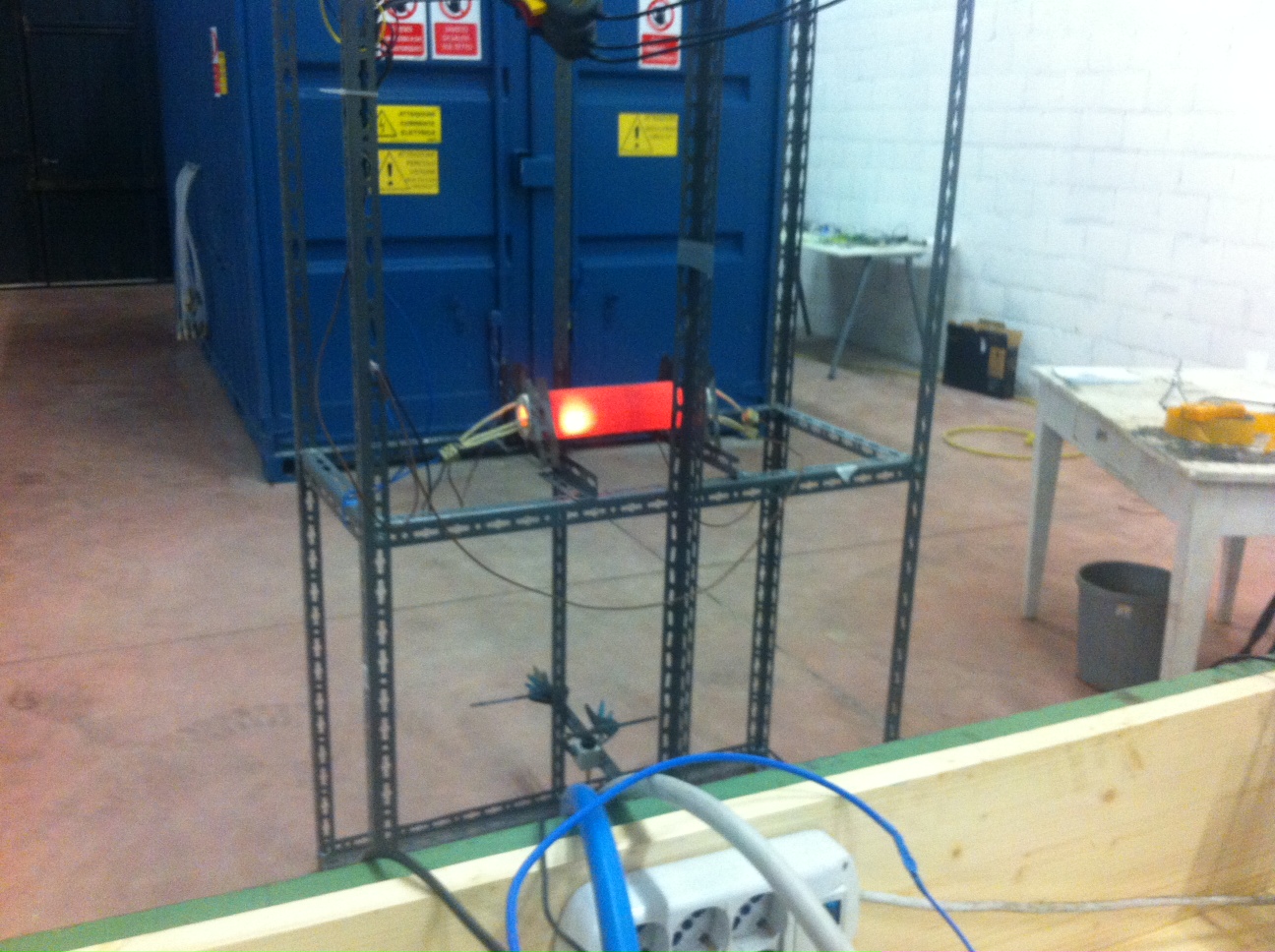 On May 16th, 2013 a report was published by a group of European academics who were given access to a hot cat reactor over a period of about five months to test. The conclusion of the group was that the E-Cat provided energy in amounts far greater than would be possible from any chemical reaction. The report can be read here. More tests are scheduled to be done, including a 180 day test which will apparently be started this summer.

So far, Rossi has maintained that the only validation that really matters is from satisfied customers who own working E-Cats. Only when E-Cats are readily available will the forgoing information be able to be fully confirmed.

Industrial Heat, LLC Acquired the Rights to the E-Cat

On January 24, 2014, Industrial Heat LLC issued a press release announcing that they had acquired intellectual property and licensing rights to Andrea Rossi’s E-Cat technology. Tom Darden, co-founder of Cherokee Investment Partners was mentioned as one of the investors behind Industrial Heat. The press release said that Industrial Heat has validated E-Cat technology by inspecting the E-Cat during performance tests, and having an independent expert certify its performance. Industrial Heat plans to embark on an industrialization effort to make the E-Cat’s use widespread, and has reached out to companies, universities and NGOs, inviting them to participate in partnerships to help develop the E-Cat. Andrea Rossi has stated recently that ultimate ownership of the E-Cat’s intellectual property still resides with Leonardo Corporation, of which he is CEO.

In October 2014, the team of researchers which had conducted the testing in 2013, released a new report about testing of an E-Cat reactor they had operated during a 31-day experiment during February and March, 2014 in Lugano, Switzerland. The team reported that the reactor produced over twice as much energy as was fed into it, and that during the testing analysis showed that isotopic makeup of elements used in the fuel changed significantly. See here for more information on this test.

Starting in late 2014, Andrea Rossi reported that he was performing a long-term test of an industrial-grade 1MW E-Cat plant in Doral, Florida that was providing heat in the form of steam. At the end of the test, a report was written by Ing. Fabio Penon who certified that during the test the E-Cat plant ran at an average COP of around 80 (meaning 80 times more energy was produced than consumed during the test)

Patent Awarded by the US Patent Office

On August 25, 2015 the US Patent and Trademark Office awarded Rossi a patent for his invention called in the application a ‘Fluid Heater’. The full text of the patent can be found here:

Year-long Test of the E-Cat Concludes, Lawsuit Against Industrial Heat.

On February 27, 2016 Andrea Rossi announced that the year-long test of the 1MW E-Cat plant was finished. On April 6, 2016 Rossi’s Leonardo Corporation issued a press release announcing that the E-Cat plant “generated energy at a rate in excess of six (6) times the amount of energy consumed by the plant, often generating energy exceeding fifty (50) times the amount of energy consumed during the same period.” In the same press release, Leonardo announced that it was suing Industrial Heat, LLC for breach of licensing agreement and for misappropriating Leonardo Corporations intellectual property. In subsequent court filings, Leonardo Corp. claimed that Industrial Heat refused to pay an agreed-upon $89 million at the conclusion of the test. Industrial Heat responded by claiming that Andrea Rossi and Leonardo Corp. breached conditions of the licensing agreement, and was engaged in fraudulent activity. Hundreds of legal documents were produced in the course of the lawsuit going forward which have been archived here.

After over a year of litigation and preparation for trial, on July 5, 2017, just as a jurors were getting ready to hear opening arguments in a Miami court, the two parties reached a settlement in the case. A document produced subsequently provided the terms of the settlement, which basically was that Andrea Rossi’s Leonardo Corporation was given back all rights to the E-Cat technology, and the partnership between Leonardo and Industrial heat was ended.

During the period that Andrea Rossi ran the year-long test in Doral, he developed a new version of the E-Cat that he has named the E-Cat QX. It is a small plasma-based E-Cat reactor (reported to be rated at 20 W) which Rossi said could be combined in clusters to create power plants of variable size.

Presentation of the E-Cat QX

Andrea Rossi made a presentation of the E-Cat QX, in a presentation in Stockholm, Sweden on November 24, 2017.  Below is a video showing highlights of this presentation. Andrea Rossi performed an experiment in which the calculated COP was stated to be between 400 and 500.

Following the Stockholm presentation, Rossi spend the following year developing the 20 W E-Cat QX and ended up making a 20 kW unit he named the E-Cat SK (after the late Swedish physicist Sven Kullander). He made a presentation of the SK in January 2019 which can be seen at http://ecatskdemo.com

On December 9th, 2021, Andrea Rossi presented a new version of the E-Cat called the Ecat SKLep which is designed to generate electricity directly. He made the decision to concentrate on electricity production, rather than heat production, because he considers it more useful and versatile. He has started taking pre-orders for the SKLep, and says they will start producing and delivering them once they reach a pre-order quantity of 1 million.

On September 30, 2022 a livestream of an E-Cat MiniSKLep powering an LED light was started. The progress of this test can be seen at this YouTube channel: