Daniele Passerini of 22Passi.blogspot.com has done a great service by providing excellent reporting and posting many pictures from the June 3 meeting at the EU Parliament in Brussels on the Fleischmann-Pons effect. Key academic, business and engineering figures from around the world were invited to discuss results of research into the effect announced by Martin Fleischmann and Stanley Pons in 1989 where it appeared that energy from a nuclear reaction could be produced in an laboratory setting.

It appears that Passerini took pictures of every slide in each presentation so although we may not have recordings of the talks we can get an idea of what they were discussing. There are some very interesting slides posted on his site. Here’s one for example in the presentation titled “Anomalous Heat Results from the Naval Research Lab and the University of Missouri“: 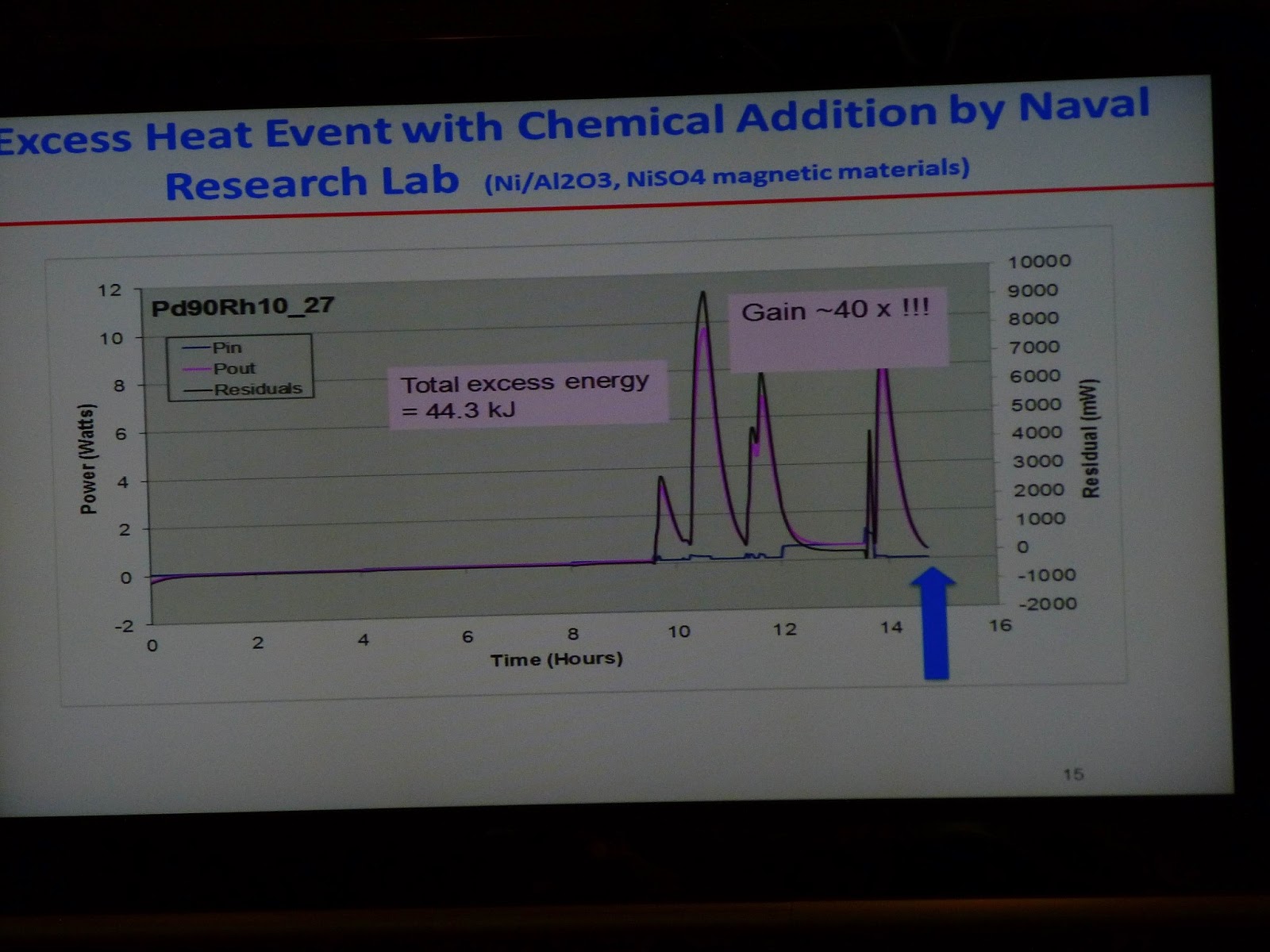 There is certainly some significant event taking place here, however if you look at the slide it took 10 hours for the effect to appear, and when it did it came in what looks like quite random bursts — something that seems to be a characteristic of the FPE.

One slide in Dr. Robert V. Duncan’s presentation about the work at the Sidney Kimmel Institute for Nuclear Renaissance demonstrates the elusiveness of the Fleischmann-Pons effect: 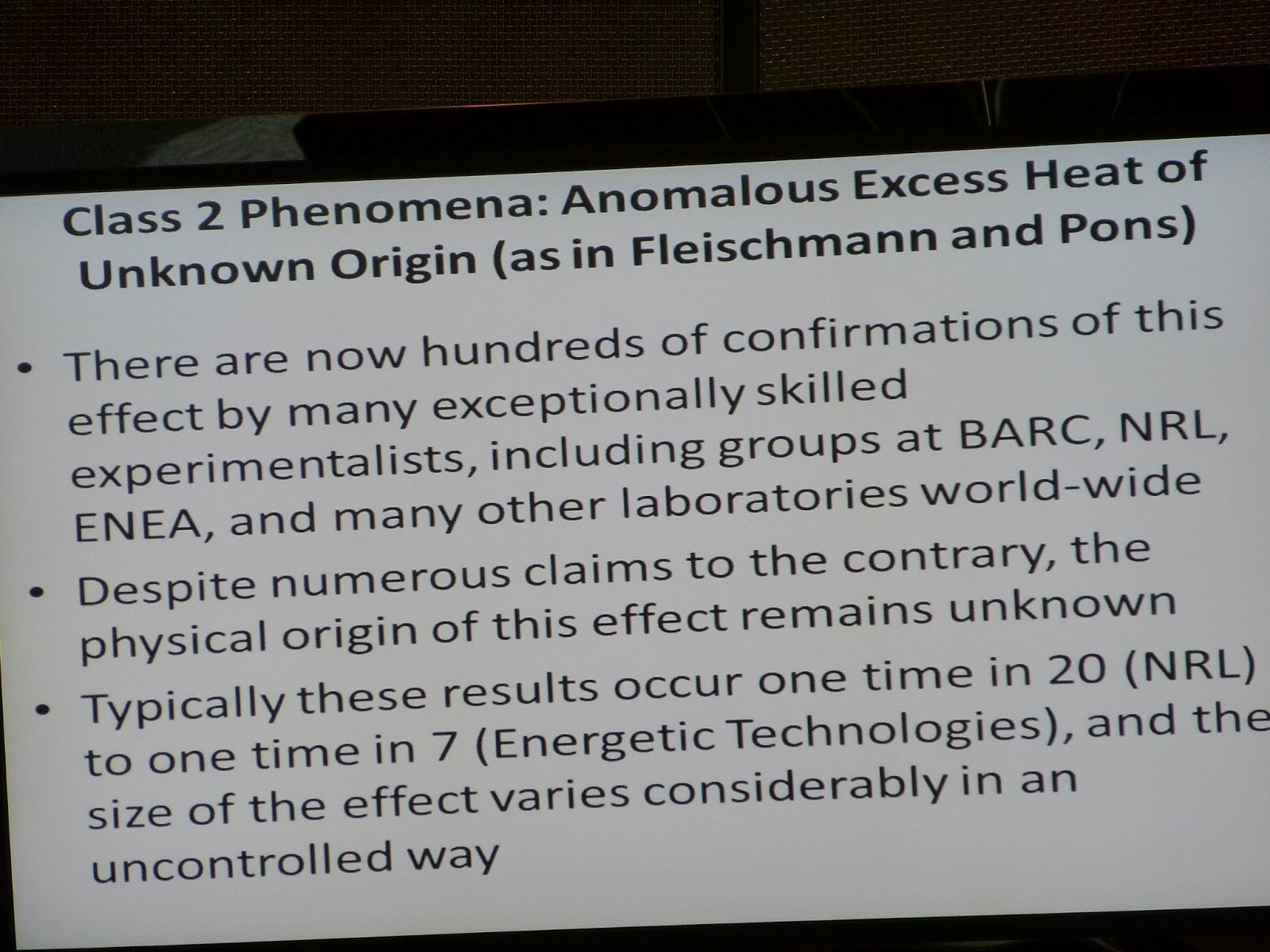 Reproducibility and controllability are still big problems, then. Nevertheless, to have such an event held at the European Parliament shows that there is considerable interest in the nature of cold fusion, and perhaps this meeting will steer some EU funds towards research in this field. Meanwhile, it still seems to me that Andrea Rossi is well ahead of the field in harnessing LENR for practical application.

Here’s a list of the presenters at the meeting.