I came across a couple of articles today about the changing face of the geopolitical energy arena. First, the EU is preparing to sue Russia for up to around €15 billion because of what it considers to be price-gouging on the price of natural gas sold by Russia’s energy giant Gazprom to Eastern European and Baltic countries. There is tension in EU-Russian relations in other areas, with many former Soviet states seeking closer ties with Europe — and a proposed free trade agreement between the EU and Ukraine is particularly troubling to Russia.

Lithuania, for example, claims it is charged 35 per cent more for gas than Germany in its contract with Gazprom. Lithuania’s president  Dalia Grybauskaitė said, “Unfair gas prices harm the competitiveness of Europe as a whole. In the absence of alternative gas supplies and competition, energy consumers – people and businesses – are compelled to pay the prices dictated by the monopolist. This impedes the sustainable economic development and growth, undermines the well-being of people.”

In related news, the Wall Street Journal is reporting that the United States is overtaking Russia to  become the largest producer of petroleum in the world (natural gas and oil combined). The main reason for this increase is due to new extraction technologies such as hydraulic fracturing that are being employed in the US — which Russia has not yet adopted.  One would expect that European countries would be happier to buy natural gas from the United States rather than Russia, but the exporting infrastructure does not exist to allow that to happen in large quantities at the moment.

Saudi Arabia is still the largest oil producer in the world, but with Russia and the US close behind.

One of the great hopes for those who see LENR as a viable rival to petroleum as an energy source is that it will allow greater energy independence for individuals, communities and nations, and provide energy at a highly competitive price. If you are dependent on only one energy supplier, or one energy source to meet your needs, you have little choice but to pay the asking price which can be very steep. If LENR hits the mainstream, one would expect that European countries would be excited to discover that there is an alternative to paying high prices for Russian gas.

We could be seeing much more disruption and change in the energy geopolitical arena if LENR is shown to be viable. Andrea Rossi said this week of the current E-Cat testing that is being done behind the scenes:

“What we are doing now is the rigorous research and development activity, strictly connected with the validation that is necessary for the development for the E-Cat.

In this very moment I am working in a very delicate and important phase of this validation process, which involves the third indipendent party, now working for the long term analisys of the behaviour of the E-Cat.”

Exactly what he means here is very much open to interpretation — but to Rossi, at least, what is going on is very important. If it turns out that the current testing shows that the E-Cat is stable and capable of outperforming petroleum in terms of energy and power density over the long term, as indicated in the May hot cat test report (see below), we could well be seeing in the future much greater geopolitical changes than those taking place right now. 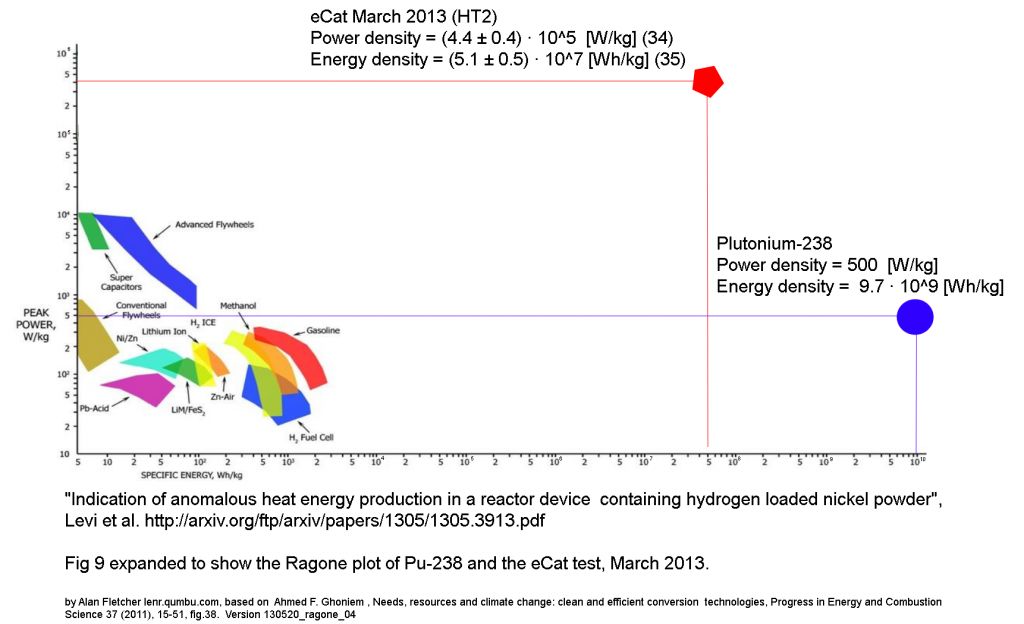