What is LENR Fuel All About? (Axil Axil)

The following post has been submitted by Axil Axil

Let’s look at the cause of LENR in action in the video above. This video shows the FUEL that the LENR developer has generated. That fuel is micro-diamonds implanted in a nickel substrate infused with deuterium. In general, all successful LENR fuels is based on the penetration of one of the hydrogen isotopes either protium or deuterium into the crystal structure of some solid material with a rigid lattice crystal structure. The list of materials that can support the generation of LENR fuel is palladium, diamond, titanium, and nickel. The function of these substrate materials is to compress the hydrogen isotope to a level sufficiently high enough to force the hydrogen to assume the super dense form. There is evidence that other elements and compounds can be compressed to such a high pressure by the substrate’s lattice that these various elements and compounds will compress into their ultra dense form. These elements and compounds include lithium and water, but ultra dense copper might have been generated in the proton 21 experiments. The compression force in the proton 21 experiment is provided by the shock wave of a high powered electrical discharge.

These ultra dense molecules lay dormant inside the fuel until they are activated through the infusion of some form of photonic energy combination be it either heat, light… visible and/or ultraviolet, or RF.

The ultra dense nano-particle that forms takes the form of a thin one dimensional nano wire with the protons of the hydrogen in the center of the wire and the electrons forming a cover(spin wave) around that center. This structure is produced by the superconductor property called the Meissner effect. This nanowire is a superconductor in which virtually no power is lost by its surface electron layers. The surface of the nanowire acts as an optical bottle in which light is captured and confined. The photons of the light combine with the electrons in the electron cloud around the outside of the superconducting nanowire to form a polariton condensate. This is a special type of plasmoid that does not lose power. This lack of power loss comes from the superconducting nature of the electrons on the surface of the nanowire. The polariton condensate is a fluid of light that holds onto light and does not let light escape. This plasmoid is a very special one in that it is a black hole for light: light goes in, but it cannot come out. 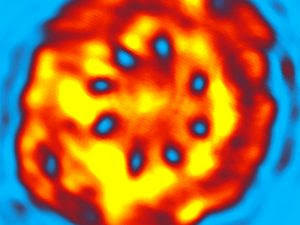 This nanowire is what Ken Shoulders has called a black EVO. In summary so far, a black EVO is a black hole of light that produces a spinning magnetic flux tube ring shaped like a O. The experimental observation of this structure is explained in the referenced video of the LION reactor meltdown as seen above. 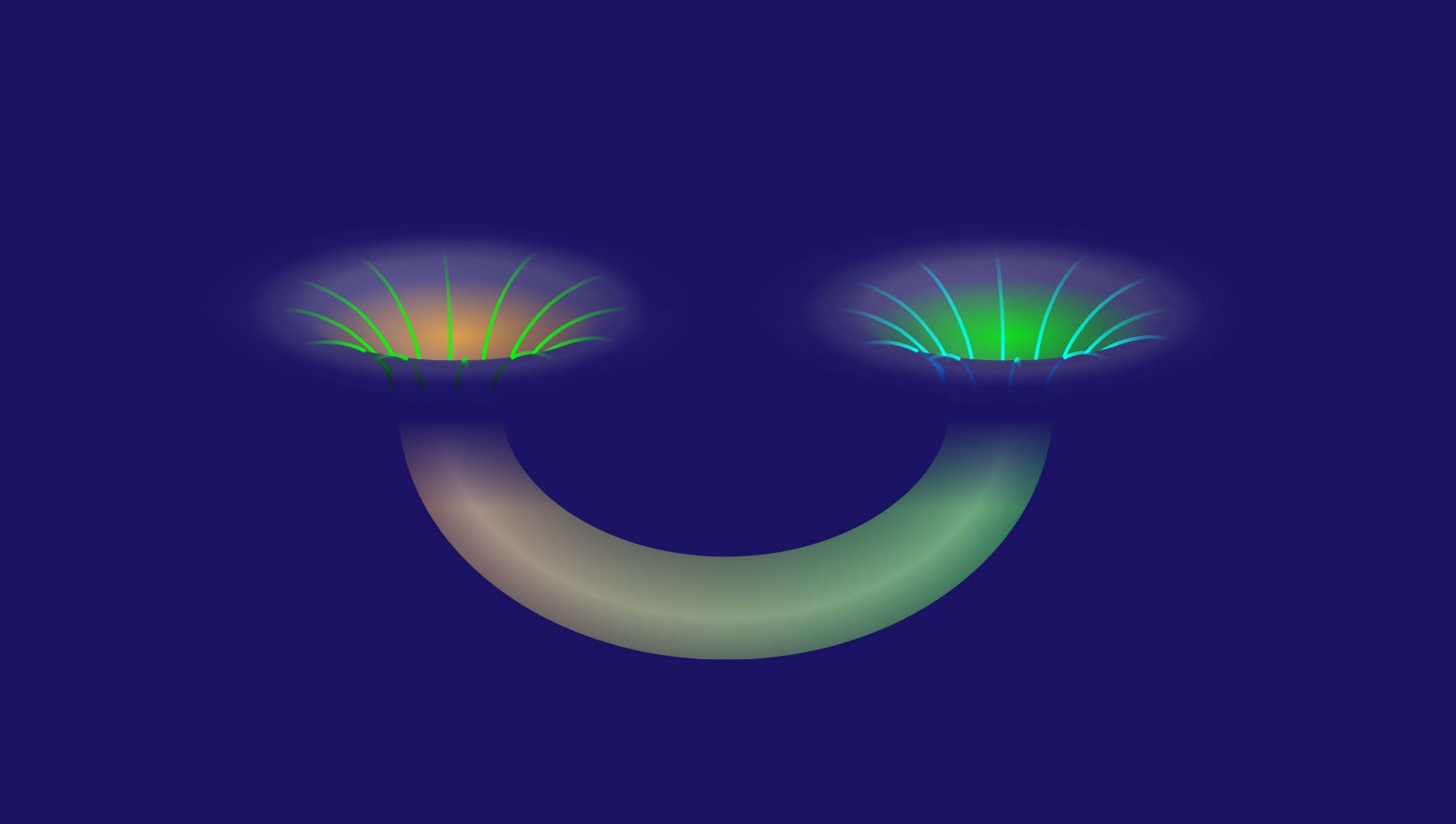 This is what Bob Greenyer is seeing produce the double dot marks in the ash and experimental photographs of the LENR reactor meltdown.

When a dipole black EVO is exposed to a high voltage spark, the index of refraction of the space time in which the light currents are circulating becomes imaginary and the two rotating light rings combine into a single ring. This disturbance in space time produces an EVO monopole. This EVO has only one flux tube, but that tube is a very powerful one, since it consolidates all the energy of the dipole flux tube system into a single consolidated  monopole flux tube system.

The dipole EVO usually moves around in a symmetrical fashion because its flux tubes are balanced and connected into a continuous magnetic ring. But when the monopole EVO moves, it hops around and leaves tracks like a rabbit since it has a single flux tube that whips around and causes the nanowire to hop in a random fashion. This is seen in the rabbit tracks that this monopole produces called strange radiation.

Now that we know how the Black EVO is formed, how it moves, and what its structure is in detail, we can explain how it escapes the lattice of the substrate that formed it. In the upcoming posts we will see how the black EVO moves around inside that substrate and escapes from it. This explanation is offered in the next post with the aid of the referenced video as well as others as a record of MFMP experimental research. We will also see SEM micrographs of active LENR fuel and observe the tracks of the EVOs as the EVO exits the fuel and transmute matter as the EVO travels away from the fuel particles.